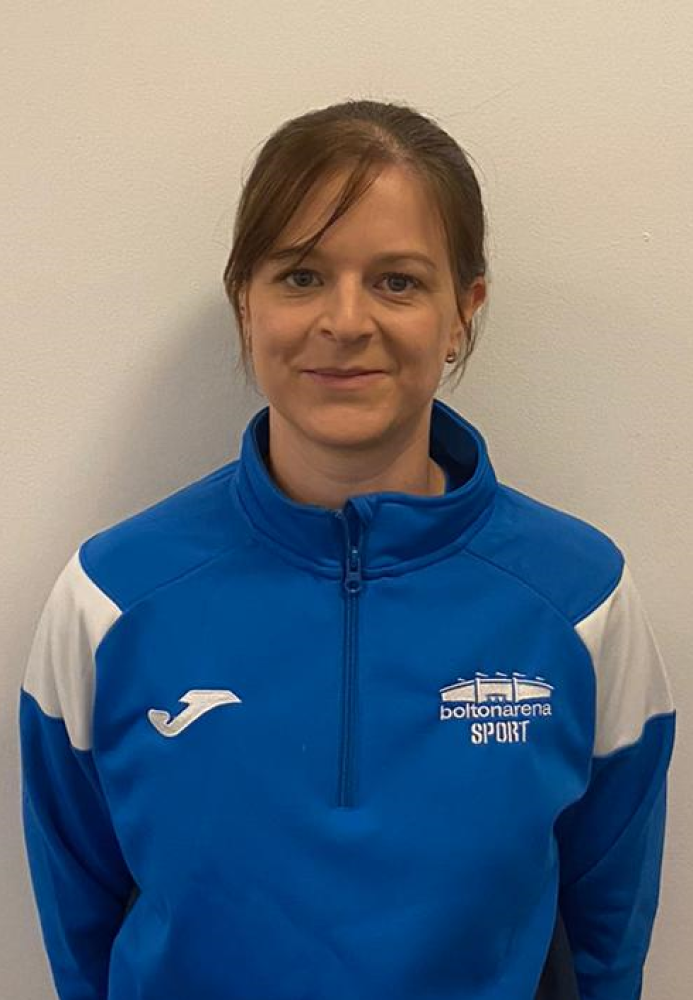 Kathryn is the Gymnastics Co-Ordinator at Bolton Arena. During her 15 years at the Arena, Kathryn has helped to build a successful recreational gymnastics programme and has a good relationship with British Gymnastics; the national governing body.

She had a successful career as a gymnast and represented England and Great Britain, taking on the world’s best gymnasts and appointed the captain of her club.

Kathryn has had a 20-year career in coaching and leads the gymnastics programme. She is a level 3 qualified coach in Women’s Artistic Gymnastics and holds other qualifications such as Pre School, trampolining, TeamGym and Rhythmic gymnastics. She also has an MSc in Strength & Conditioning and a BSc Hons in Sports Science & Coaching. Her coaching experience covers a range of ages and abilities.

In 2017, Kathryn was recognised in the ‘Pass on Your Passion’ national initiative aimed at inspiring more women into coaching. 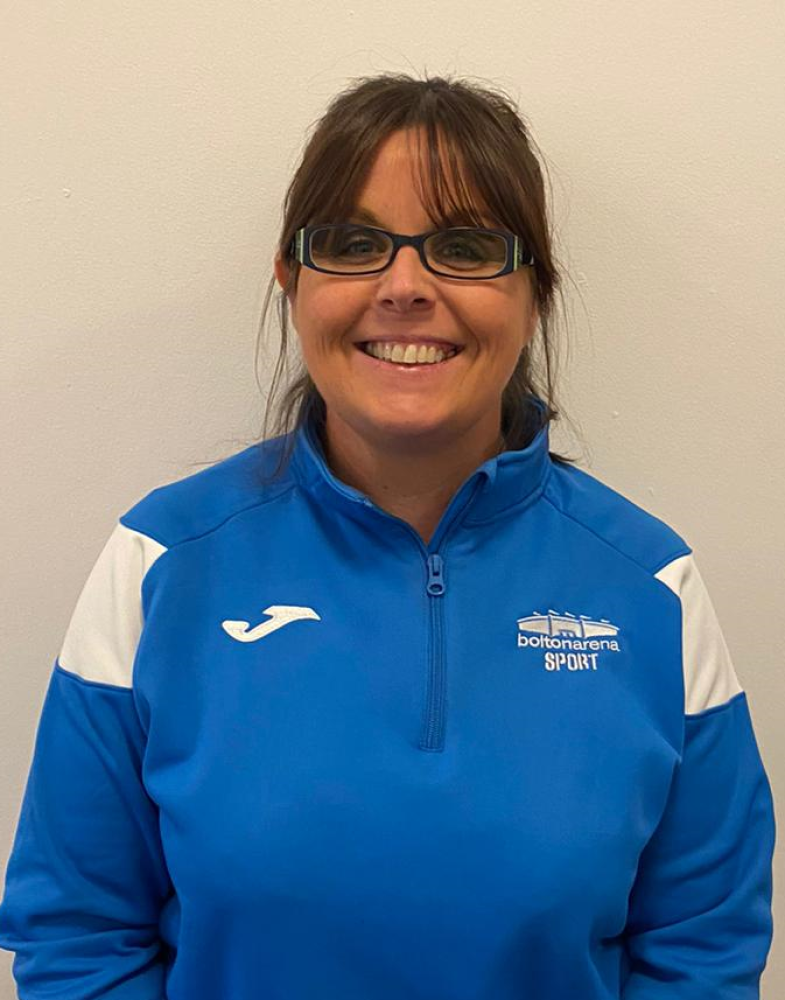 Diane is the lead coach on our Preschool gymnastics programme working with the under 5s as well as coaching the older gymnasts. Keeping children safe in sport is a major part of Diane’s role and for the last 10 years she has been the welfare officer for British Gymnastics and more recently has been appointed the safeguarding officer for Bolton Arena and welfare officer for the LTA.

Her philosophy is that all children no matter what age or ability should be able to participate in sport in a fun safe and inclusive environment. 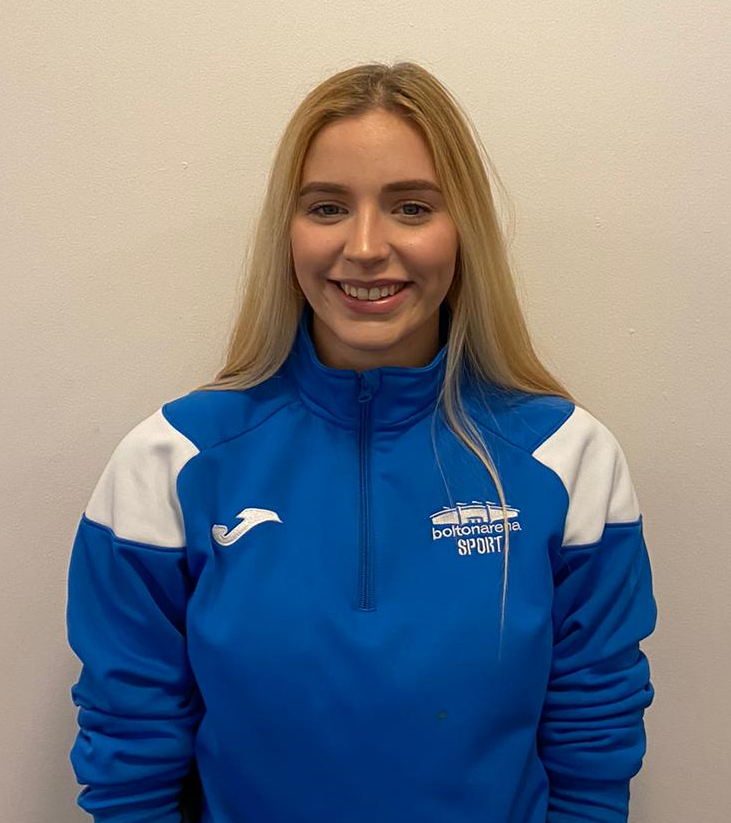 Kayleigh started as a gymnast at Bolton Arena, and competed in team gym and floor and vault competitions in the North West region. After volunteering at Bolton Arena at the age of 16, Kayleigh is now a Level 2 Gymnastics Coach General Gymnastics and Preschool Coach.

Kayleigh’s main focus is for as many individuals as possible of all abilities to love the sport of gymnastics through fun and challenging sessions. 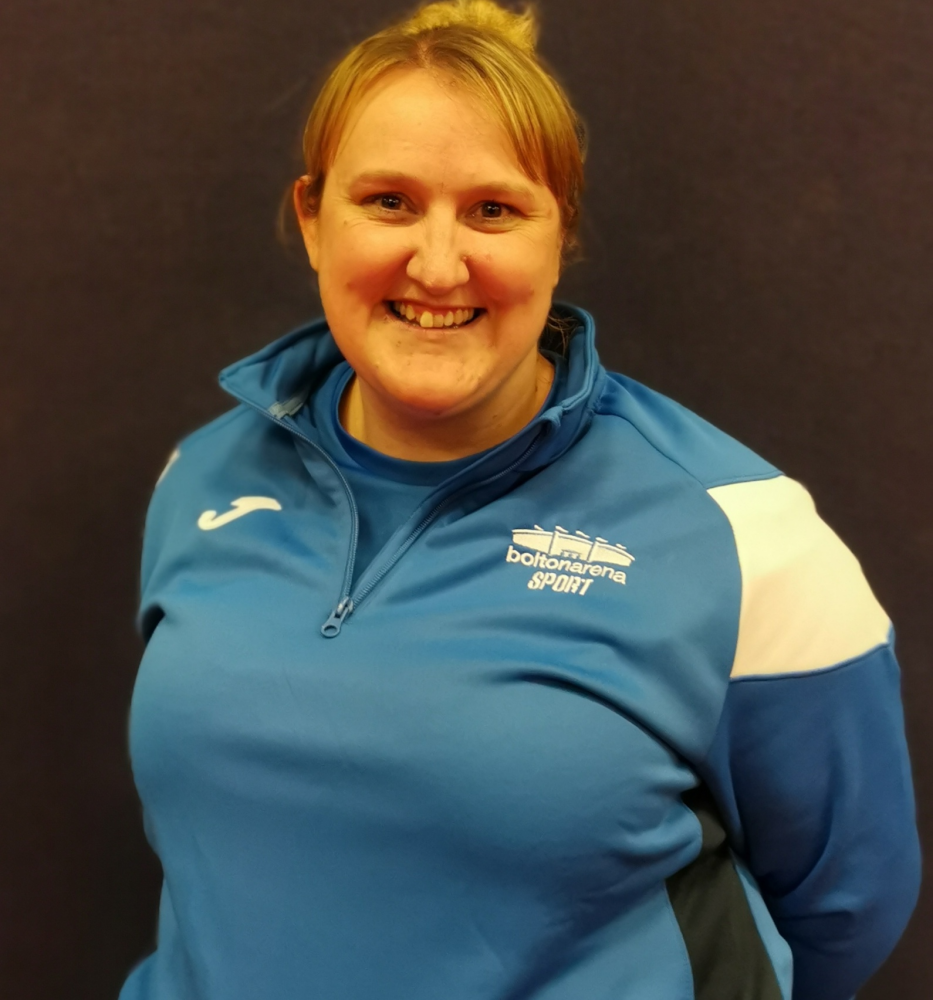 Stacy is a Women’s Level 2 Artistic Gymnastics Coach at Bolton Arena. After starting Gymnastics at a young age, which included representing East Midlands on a national stage, Stacy progressed to coaching, and has gained 20 years’ experience in recreational and competitive Gymnastics.

As well as performing and coaching, Stacy has judged in local, county and national competitions, where she has judged a number of elite gymnasts, including the 2017 European Gymnastics Champion, Ellie Downie. 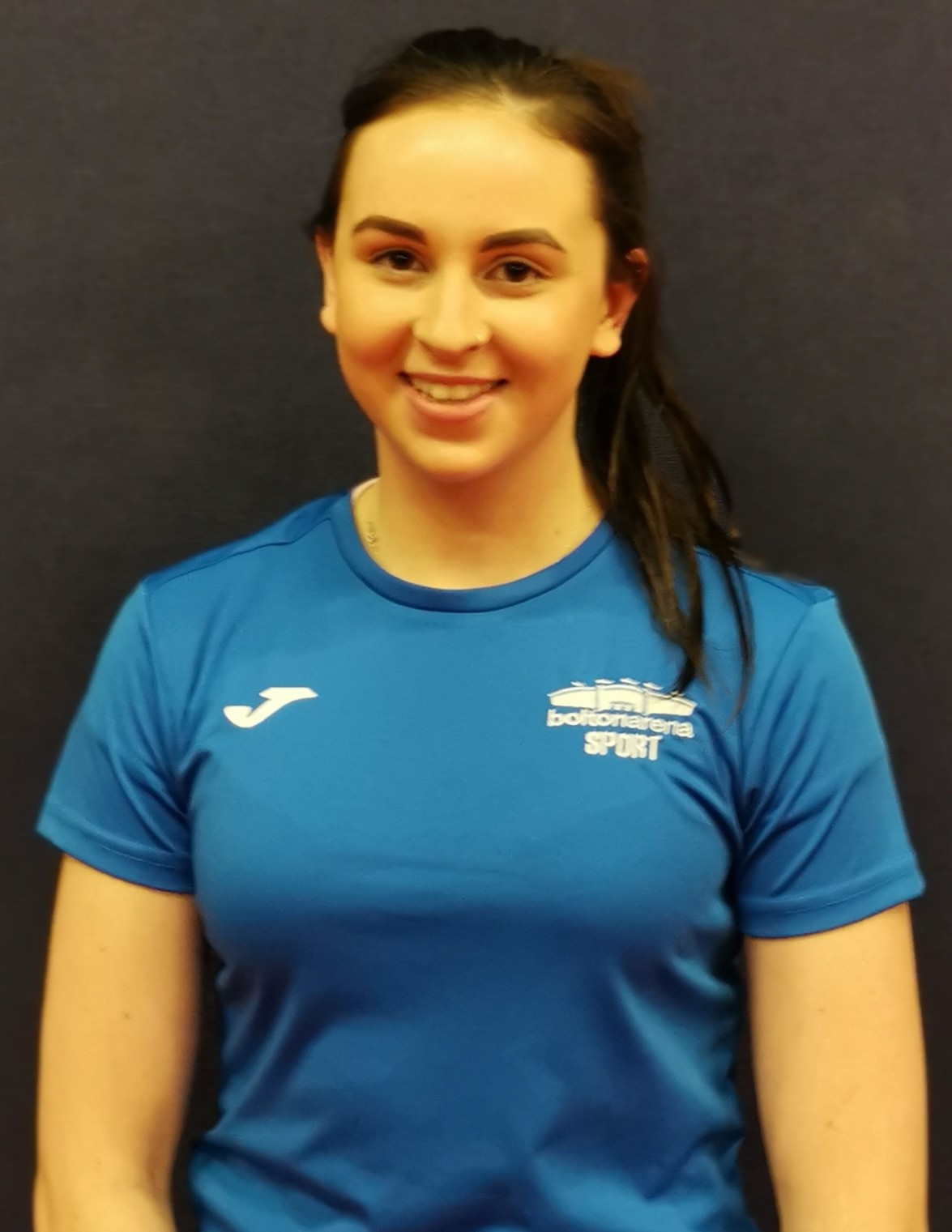 Lauren has been involved with various genres of dance since the age of 4. She started Rhythmic Gymnastics at 7 years old, before competing for her home country, South Africa, where she was the pre-junior champion for 2 consecutive years. Lauren gained her Level 1 General Gymnastics Coaching award and aspires to achieve further qualifications in Gymnastics.

Lauren is a versatile coach, who is confident in coaching wide age ranges, in addition to mini gymnastics and special needs adult classes. Lauren’s future aspirations include aiming to maximise the potential of young gymnastics, by improving their overall ability and building them as a person. 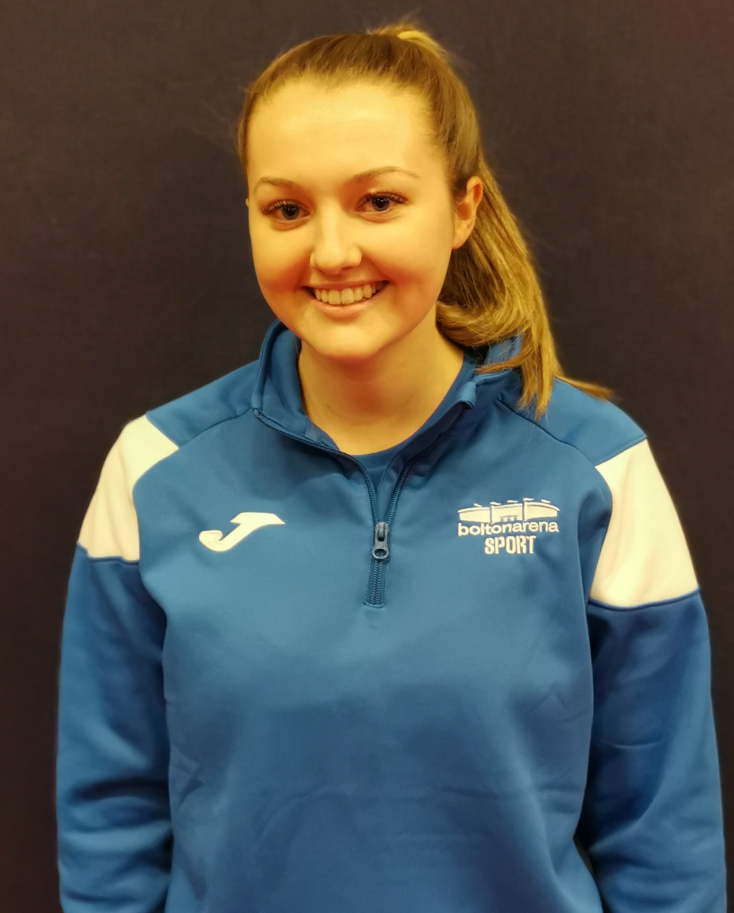 Charlotte is a Level 2 General Gymnastics Coach, who mainly works with children aged 4-16, assisting with the pre-school Gymnastics programme at Bolton Arena. Charlotte is an enthusiastic and engaging coach, who has a Level 1 Preschool qualification, in addition to 7 years of coaching experience and competing in Gymnastics herself. 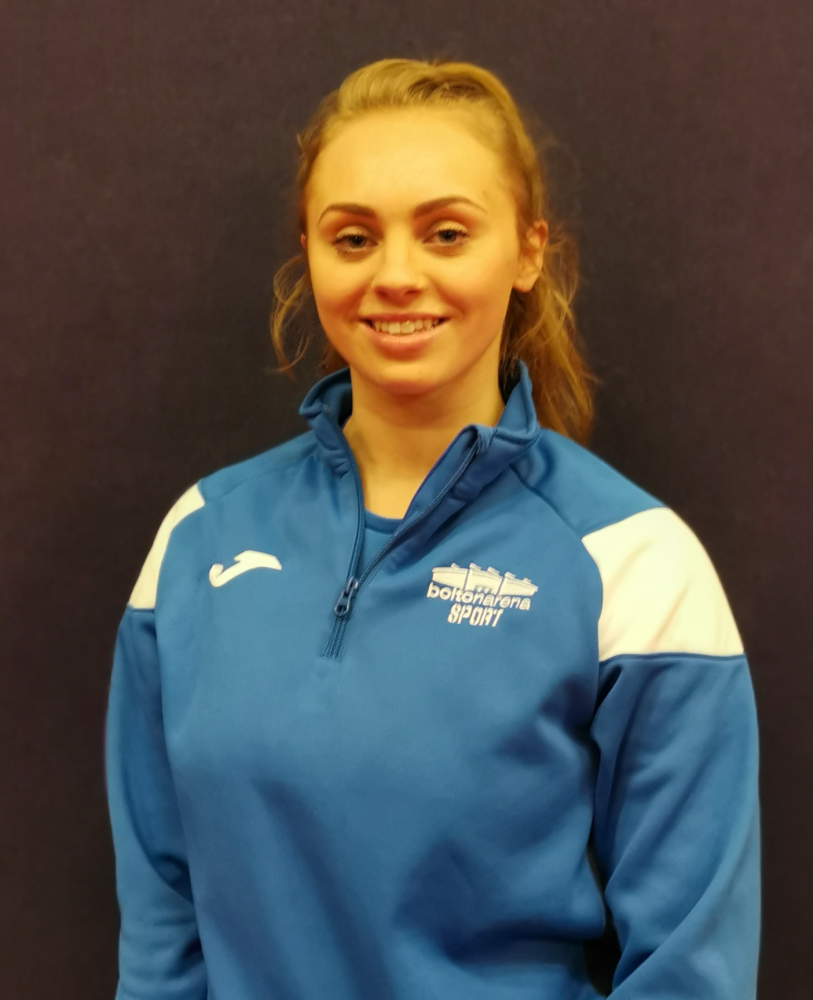 Maisie is a Level 1 Coach in General Gymnastics, where she works with children aged 5-14 years. Combined with her own personal Gymnastics background, Maisie has 7 years of coaching experience, which provides her with the knowhow to bring her own, innovative ideas while coaching.

Maisie’s Gymnastics background involves competing in several artistic, acrobatic and team gym competitions, where she competed on a national level. Outside of her work at the Arena, Maisie is currently studying for a degree in Sport Rehabilitation.